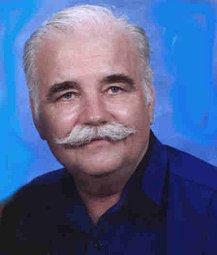 Other: appointed course monitor for technical writing with engineering focus, appointed to Graduate Faculty in December of 1990, tenured in 1992.

1979 to 1980--Al-Fateh University, Tripolis, Libya Visiting Assistant Professor of English as a Second Language and Coordinator of Language-Laboratory Programs for the College of Education.

An Analysis and Summary of the Fiction of Christa Wolf, Salem Press, November 2010.

Comment: Illegal Immigrants Is an Offensive Term on DiversityInc.com's Feedback on "Ask the White Guy" on May 11, 2010

Comment about "ius post bellum" [Excerpt in UUWorld: The Magazine of the Unitarian-Universalist Association of Congregations, vol XXII, No. 2, Summer 2008, page 9]

Community Voices: Why the Evolution vs. Science [Design] Row Replays Again and Again. The Daytona Beach NewsJournal, May 1, 2008, page 5A.

Response to Nina Garrett's Article "The Problem with Grammar: What Kind Can the Language Learner Use?" ATEG Journal, Volume 23, Number 1, Fall 2007, page 10.

Community Voices: 'Eye for an Eye' Was Counsel for Restraint, not License to Kill. The Daytona Beach NewsJournal, January 2, 2006, p. 5A

"Using Contemporary Film in the Teaching of Ethics."  Paper read at APPE's conference in San Antonio in 2005.

"Monster" as a Case Study in Ethics. Paper read at Florida Philosophical  Association's meeting at Jacksonville in 2004.

Community Voices: No Moral Balance in a Society that Would Heft Bats in Revenge [August 11, 2004]

A Future of Value.  Paper read at Florida Philosophical  Association's meeting and at APPE's conference in Cincinnati in 2004.

Community Voices: Presumptions of Entitlement in Distribution of Property.  The Daytona Beach NewsJournal, February 13, 2003, page 5A.

Contribution to “Clarifying Goals for Teaching the Holocaust,” Classroom Notes Plus: A Quarterly of Teaching Ideas, January 2001, 13.

A Proposal of an Image Generator Translation from English to German for Lockheed Martin. Post-editing by and submission to CAE Elektronik and ATLAS Elektronik, 1995.

"Comments About Verbals: Tense or Tenseless?" Syntax in the Schools, April, 1994.

Beta-Tester for Lexica: A Multi-Lingual Thesaurus. WordStar International and Microlytics, 1991.

"Guest Editorial: German Educational System Shouldn't Be a Model for the U.S." The News Journal of Daytona Beach, April 18, 1990, 5A.

Other  Publications and Presentations

Letter to the Editor: The Fetus and The Woman, Daytona Beach NewsJournal, February 9, 2010

Letter to the Editor: Need for Help Outweighs Need for Not Helping, Daytona Beach NewsJournal, October 20, 2009.

Conducted Workshop for Collegiate Pride Conference at ERAU, March 28, 2009. "The Right to Know: Sex Education in Our Schools." In collaboration with Lynn Koller and George Griffin, ACLU.

Letter to the Editor: Seeing Ourselves as the World Sees Us: Al-Jazeera on GlobeCast [November 29, 2006]

What Then Should We Teach: Thoughts About Teaching Ethics Across the Curriculum Center for Teaching, Embry-Riddle Aeronautical University, August, 2004.

Sundry letters to editors of publications.

Just-War Reflections.  Sermon at the Unitarian-Universalist Society of the Daytona Beach Area, May 25, 2003

Kind and Generous Saddam Hussein: Some Paradoxes of Moral Community.  Sermon at the Unitarian-Universalist Society of the Daytona Beach Area, December 3, 2000.

Computational Tools in the Teaching of Grammar and Writing. Third Annual Conference of the Association of Teachers of English Grammar, Williamsport, Pennsylvania: June, 1992.

The Use of Computer-Assisted or Computer-Based English and Language Learning. West Virginia Association of College English Teachers, March, 1987.

University of Montana’s Professional Ethics Center: Fundamentals of Professional Ethics: Aristotle, Kant, Mill, and Contemporary Feminist Ethicists; Ethics in Film; The Teaching of Ethics and the Ethical Classroom—attended graduate courses of study during summer of 2000, 2002, and 2003

M.A. Ball State University: Philosophy--Thesis: On the Road to Poetry: Heidegger on Language, 1973